The Grandmother I Met Only Once 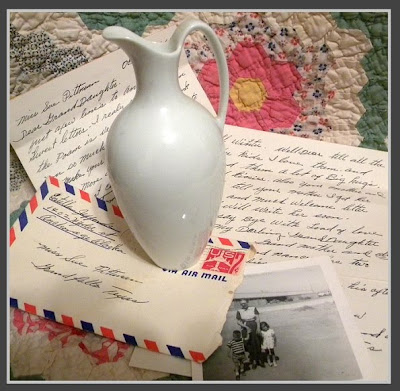 Her name was seldom if ever spoken in our house, as Daddy had only fleeting memories of her when he was a small boy. He only remembered being raised by his Dad and his older sisters Irene and Beatrice.

As I search my memory for words and phrases that I heard as a child that would describe my Grandmother Stella, only ‘she left us, divorced Daddy, moved to Alaska, married another man, and had another son’ come to mind. Back then, all I understood was that she lived in Alaska, wherever that was, and my Grandad lived with us. 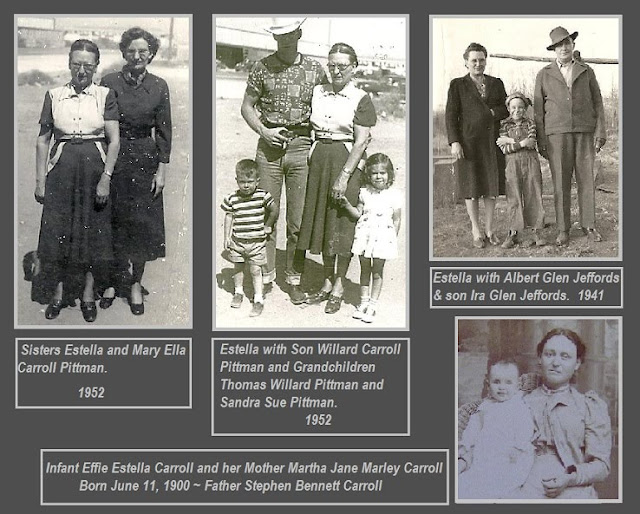 And now, I’d like to think I understand how a sixteen year old girl who married a man twice her age, gave birth to six children, struggled everyday to feed, clothe and get them to school, and whose own Mother was hundreds of miles away, could leave. The reasons for Stella’s leaving are unknown to me as it was not talked about in our home. Diviorce was unheard of in the 1930’s, and I can imagine how hard it must have been for her to face her family.

I can remember Daddy making a few trips to Anchorage, Alaska to see her when we were children. Stella came to Texas to visit her Mother, Martha Jane Carroll in 1952. I remember this one time that I met her only through the pictures that were taken. 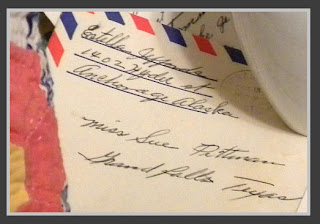 My favorite memories of Stella Carroll are the memories and stories from her brother, my Great Uncle Mert. I’d like to share one I wrote based on Mert's story telling of his Sister Stella.

Martha Jane Carroll Makes Homestead Tracks in Texas will give you some insight into my Grandmother Stella as a Girl Raised In Texas.

PS...I always thought it would be nice to be named after one of my Grandmothers. Can you just imagine going through school as Effie Sue Pittman or Minnie Sue Pittman. Whew! Thanks Mama!