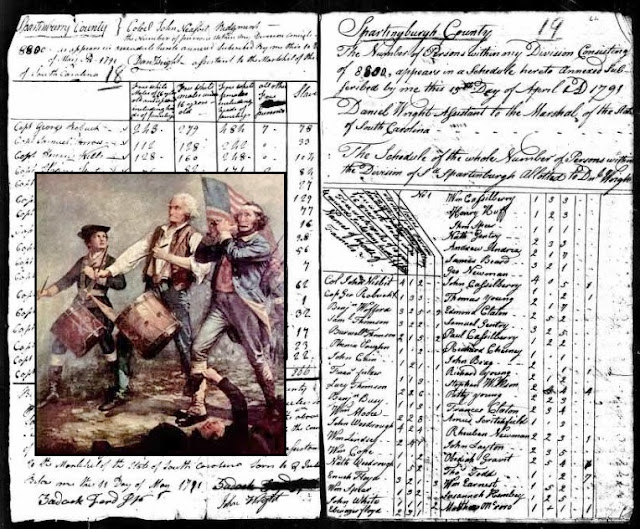 Another REVOLUTIONARY Patriot Gone!
He was a brave soldier in the Revolution, participating in a small skirmish at or near the Cedar Springs in this District, as well as the siege of Stoney Point, Savannah and Augusta, Georgia.

The writer of this imperfect tribute of respect, constituted one of the number that surrounded his grave at his interment, and while he behold the rumbling clods, as they fell upon his coffin, he thought how strong the admonition to prepare for death,  judgement and eternity. (OBITUARY-Greenville Mountaineer Newspaper, Greenville, S.C. Friday, June 25, 1841)

Never in his wildest dreams would the writer of my 5x Great Grandfather's Obituary have thought that his words written in 1841, would be read through a media that had the potential of reaching millions 175 years later.  His words of respect were certainly meant to comfort the family and friends of one of Spartanburg's earliest settlers as he wrote...
...was an affectionate parent, kind master, a good neighbor, and for many years a pious member of the Baptist Church.  He died in full assurance of a blessed immortality beyond the grave, giving full and clear evidence to his surrounding friends that his soul would be happy after death. 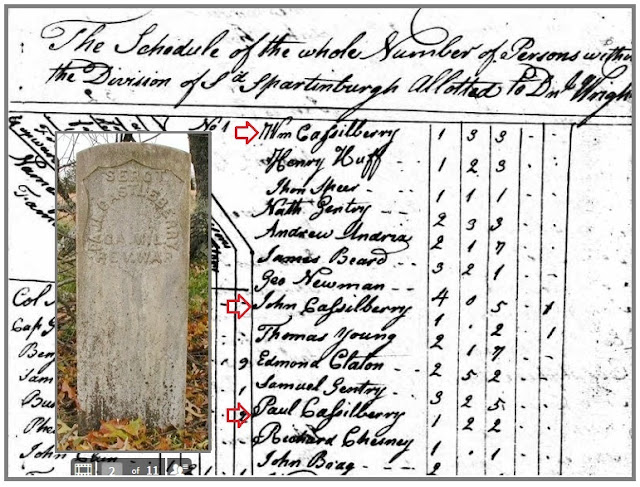 "The writer of this imperfect tribute"....such humble and thoughtful writing...it struck such a cord with this writer and 5th Great Granddaughter of Paul Castleberry.

Paul was born on March 1, 1761, in Tar River, Virginia, to William (25) and Sarah Elizabeth Martin (20) Castleberry.  As American colonists they were setting the foundation of a burgeoning new country in the years before the American Revolutionary War.  Paul was only four years old when the Stamp Act of 1765 spurred the colonies to revolt against British rule.

As referenced in his Obituary, Paul at the age of 18, fought in the Battle of Stony Point.  He was part of a well planned and executed nighttime attack of high trained select group of George Washington's Continental Army under the command of General 'Mad Anthony Wayne'.   The quick and daring assault on the British took place about 30 miles north of New York City at the British outpost in Stony Point, New York.  Victory over the British not only gave Washington's Continental Army a much needed morale booster, but gave them a key crossing site over the Hudson River and their victory over the British.

Within my 'Monthly Theme' this year, I have included at least one ancestor who in someway related to the month.  My 5x's Great Grandfather Castleberry's March 1st birthday made him my 'Ancestor of the Month' and an opportunity to reveal why my ancestor.com tree is named...Pittman, Carroll, Marley, Leatherwood Family Tree.

The union of Paul and Agnes Chesney in 1785 began the line of descendants through the women in my Pittman, Carroll, Marley, Leatherwood Family Tree.  Paul and Agnes' eleventh and last child, Agnes S. Castleberry became the first Leatherwood with her marriage to Zachariah in 1828.  Her granddaughter, Mary Josephine began the Marley line when she married Elisha in 1876.  Mary Josephine's daughter Martha Jane's marriage to my Great Grandfather Stephen Bennett Carroll contributed the last of the female line in their daughter Effie Estella Carroll, my paternal grandmother. 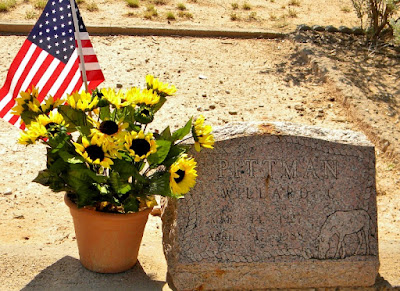 Estella married C.C. Pittman on August 11, 1916.  From this union, six children were born with the youngest being my father.  He would be the only child through all the generations to be named a matrilineal surname...Willard Carroll Pittman, born March 6, 1927....5 days and 166 years after his 4x Great Grandfather Castleberry.

Time marches on as we prepare for death, judgement and eternity.


Behold the rumbling clods.
Posted by Sue McPeak at 2:22 PM