Wife
Mary Anne Howell Pittman
January 28, 1822 - August 22, 1890
Married - December 20, 1840
Rene Marion and Mary Ann Howell Pittman and the Howell Family lived in the Southern part of Cobb County in the vicinity of the Chattahoochie River. The Howell property, near Garrett's Bridge is now (1850's) owned by Mrs. Hampton Howell, the daughter of R.N. Pittman (? if N is meant as M). The adjoining Pittman property is owned by Mrs. Hattie Pittman Parish, daughter of Allison Pittman. (Allison son of Rene and Mary Ann)

Mary Ann's father, Isaac Howell, was a pioneer settler of Cobb County, and the brother of Evan P. Howell of Gwinnett County, then Atlanta County. Her brothers married Sewell sisters, and another brother married Elizabeth Redwine whose family was also associated with the Word Family in neighboring Coweta County.

Mary Ann's Uncle Captain Evan P. Howell acquired the Atlanta Constitution Newspaper when it was struggling in it's infancy, and was the Editor-in-Chief for many years.
(From: The First Hundred Years, A Short History of Cobb County Georgia) 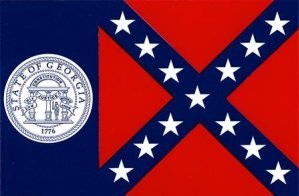 Rene Marion Pittman served in the 7th State Guard Volunteer Infantry Regiment of Georgia, and enlisted as a Sargent in Company K at the age of 49 years on May 31, 1861. (documented in US Civil War Records and Profiles).

The 7th Georgia along with the 8th, 9th, 11th, and 59th made up Gen. 'Tige' Anderson's Brigade in Hood's Division of Longstreet's Corps. The GA 7th Infantry Regiment was formed in May, 1861, at Atlanta, Georgia, and in June moved to Harpers Ferry,Virginia. Assigned to Colonel F. S. Bartows Brigade, Army of the Shenandoah, it was active in the fight at First Manassas. In April 1861, the regiment had 611 effectives and served under the command of General G. T. Anderson until the end of the war. It participated in the campaigns of the Army of Northern Virginia from the Seven Days Battles to Cold Harbor, except when it was detached with Longstreet at Suffolk, in Georgia, and at Knoxville. The 7th was not involved in the Battle of Chickamauga. It was active in the long Petersburg siege south and north of the James River and later the Appomattox Campaign. (From:  The War for Southern Independence In Georgia) 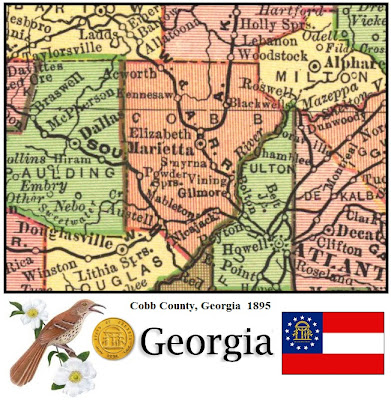 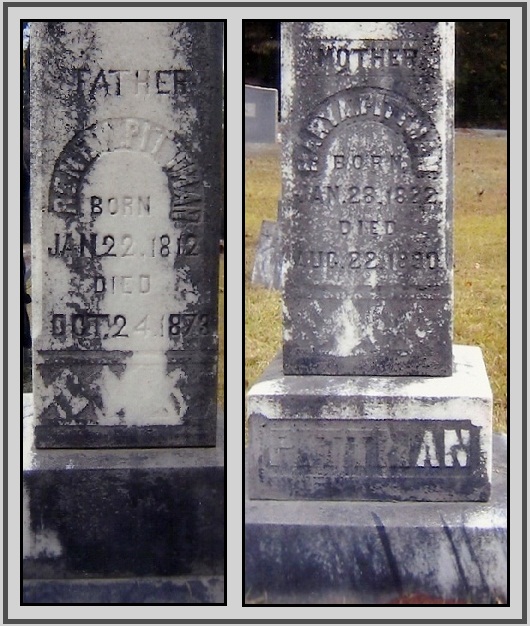 Rene Marion and Mary Anne Howell Pittman are buried in The Howell Family Cemetery.
The Howell Family Cemetery is located in Marietta, Cobb County, Georgia.
There are 99 Howell/Pittman and Relatives buried there .
A descendent of the Howell Family, Clark Howell Hogan discussed founding the Howell Family cemetery in one of the Volumes of Cobb County Georgia Cemeteries. He said, "the cemetery was established in 1860 with the death of *Isaac Howell who fell dead, according to family legend, while 'cussing' Abraham Lincoln. Having said he would rather die than see Abe elected President."  *Isaac Howell was Mary Anne's Father.

Son of John and Mary Polly Rowe Pittman
Brother of
Buckner Pittman
Phillip Pittman
Timothy Pittman
John Ichabod Pittman
(4x Great Grandfather of Author)
James Greene, his Father John and four Brothers were soliders in the Revolutionary War where James rose to the rank of Lieutenant.  When Georgia fell into the hands of the British, James Greene returned to Virginia the state of his birth.
July 2, 1781 Marriage To
Martha Patsy Taylor
Daughter of James and Nancy Owens Taylor
Family Lineage of
President Zachary Taylor
In September 1788 James Greene, Martha and three children born in Virginia, returned to Georgia.  Documents of Letters and Land Grants show that he owned large tracts of land in Franklin County which in 1796 became a part of newly formed Jackson County, Georgia.  In 1812 a portion of the Pittman land was made part of another new county, Madison County.   He also owned a large tract of land in Wilkes County, Georgia where the Pittman Family home once stood, but was destroyed by fire.
After the war, James Greene took an active role in the affairs of Georgia.  In 1796 he represented Jackson County at the 1795 Convention.  He returned to the 1798 Convention, again as a Representative of Jackson County which has been referred to as *the largest and ablest that ever assembled in Georgia.  They formed the Constitution that was not materially changed until after the War between the States.  *Historian George Smith.
James Greene Pittman State of Georgia Appointments
Judge of the Inferior Court of Jackson County - June 21, 1796
by Gov. Jared Irwin
Captain in the Jackson County Militia - Oct. 13, 1798
House of Representatiaves 1797-1799
Commissioner of Jackson County Academy - Feb. 11, 1797 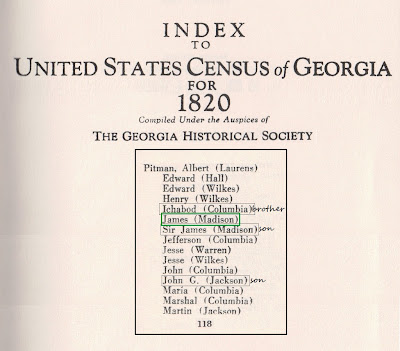 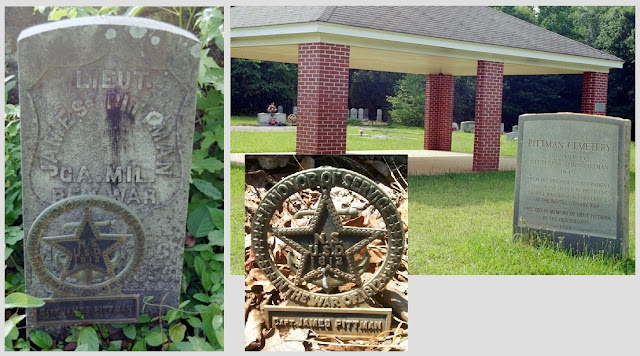 John Greene Pittman died on Christmas Day, December 25, 1850 at the age of 94 years.
He is buried in the Pittman Cemetery in Madison County, Georgia.
John Greene Pittman Memorial - Find A Grave Website
PITTMAN CEMETERY
Donated By
LIEUTENANT JAMES PITTMAN
1845
FROM HIS ORIGINAL U.S. GOVERNMENT
LAND GRANT SIGNED BY
PRESIDENT GEORGE WASHINGTON FOR SERVICE
IN THE REVOLUTIONARY WAR
Erected In Memory of Lieut. Pittman
By His Descendants
1953
Find A Grave Memorial and Photos by Leigh Williams Kitchens
4X Great Granddaughter of John Greene Pittman 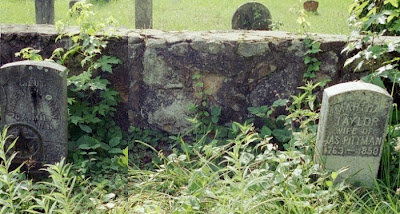