About Tracks of My Texas Ancestors...Copyright & Disclaimer 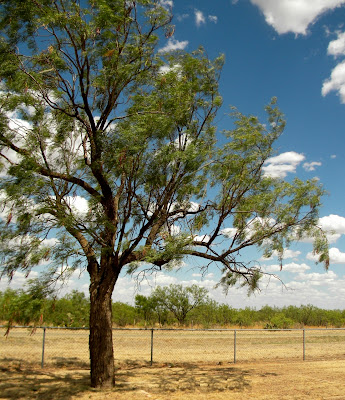 Our Family Mesquite Tree has grown deep roots in Ward County Texas where my
Great Grandfather George Washington Pittman journeyed from Georgia in the 1890's.

Mesquite trees grow in twisted and intertwining branches, survive in a difficult environment and produce a bountiful crop of beans, so the comparison to the Pittman/Carroll/Marley/Leatherwood Family is appropriate. Two of these Family names became intertwined with the marriage of Pittman Brothers to Carroll Sisters which produced a bountiful crop of 'Double Cousins', and a long line of descendents throughout the state of Texas and the Southwest.

My siblings and I are the 5th Generation of these West Texas Pioneer Ancestors. We were raised where our great grandfather, grandfather and father put down roots. Our Family Geneaology Study and Documentation began with my Aunt Irene who spent countless hours researching Historical Societies from Georgia to Texas. Her many pages of 'Family Group Logs', notes, letters and memorbilia have given me an unprecedented head start.

The primary reason for 'Tracks of My Texas Ancestors' is to have a
Journal/Record for the Present and Future Decendents to:
Always regard with esteem the name they were given with praise and renown that it should endure.

You are invited to read the stories, view the photos, and enjoy the Posts!
Please do not copy or reproduce any part of 'Tracks of My Texas Ancestors'!

The Pittman/Carroll/Marley/Leatherwood Family Tree
is registered on Ancestry.com.
Living Family members names are protected there and here from viewing.
The Family Stories are fiction based on fact.
by
Sandra Sue Pittman..all rights reserved.
The Photographs are from the Author/Photographer's Personal Collection...all rights reserved.

Geneaologist doing research on this Family Lineage please contact
collectintexas@gmail.com
I welcome the exchange of Family History information and photos! 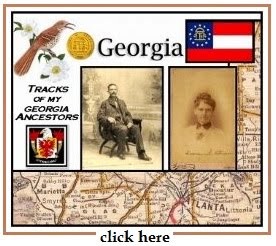 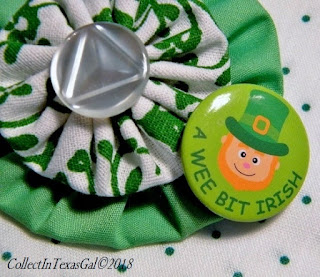 A few years ago I spit in a tube and sent it off to a DNA project on ancestry.com.  What a surprise to find out I am 29% Irish.  As they say in ancestry.com ads, "I had no idea".

The search began on my ancestry DNA Story with two family names.  Both from my father's maternal line.

It starts with my Great Grandmother Martha Jane Marley Carroll and her Mother, Mary Josephine Leatherwood Marley.  Neither of the names Carroll or Leatherwood to my ear had a ring of Irish.  As it turns out the Leatherwood line lead through at least five great grandmothers maiden names to reach an Irish descendent.  That's the 'Wee Bit Irish' DNA accounting.

Carroll, which is my father's middle name and the last name of his grandfather Stephen Bennett Carroll, lead to a 'Whole Lot More Irish'.

William I. Carroll immigrated to the Virginia colonies with his parents. His father Thomas Edward Carroll died when William was 9 years old.  Records in ancestry.com state he married Elizabeth Spencer, daughter of neighbors William and Elizabeth Spencer in 1748.

The first records of William and Elizabeth show he leased two hundred acres of land with a payment agreement of 630 pounds of tobacco over a period of three years.  With that he became a tobacco farmer committed to a three year lease in Fairfax County, Virginia.

William and Elizabeth's son Thomas Carroll was born July 16, 1753, in Goochland, Virginia.  According to records and a yearly timeline, the family migrated to North Carolina around 1755.  Along the Catawba River, during the years of 1755 - 1763, the French and Indian War drove hundreds of settlers out of the area.  The Carroll family ultimately settled in Granville County, North Carolina, about 100 miles from the hostile Indian territory.

In 1762 William is listed in the Taxable's for the Bare Swamp District in Granville County.  Over a period of years, that county changed districts and county's several times, and in 1780 became part of Franklin County, North Carolina.  It is thought that William and his family resided there for about 20 years where he owned 240 acres of tobacco farm land.  Changes in county boundaries  made for difficulties in tracking land and counties, but the Carroll family were lastly recorded in Granville County.

William and Elizabeth Spencer Carroll had at least 9 children...all named in his 'Will'.  Of the five daughters and 4 sons, my direct descendant and 5th Great Grandfather Thomas received a small inheritance of 5 pounds in cash. The largest part of Williams estate went first to his wife Elizabeth until her death or remarrying, and upon either of those instances, son Jesse was to inherit the 240 acre plantation and his heirs forever.

As for Thomas, along with his 5 pounds in cash and upon the death/marrying of his mother he stood to inherit a Featherbed.  Why only 5 pounds in cash to my Great 5x Grandfather Thomas...perhaps could be related to an Irish Birthday Blessing.

Telling Williams story in honor of Saint Patrick's Day 2018 seems a 'Wee Bit' incomplete without knowing his exact month and day of birth.  Therefore, I invoke my 'Fact to Fiction Writers License' and declare his birth month as March and his birth day as the 17th.  How else could it be for someone born in Limerick, Ireland?

Irish Birthday Blessing
May you live a long life full of gladness and health.
With a pocket full of gold as the least of your wealth.
May the dreams you hold dearest be those which come true.
May the kindness you spread, keep returning to you.

Thank you 5th Great Grandfather Thomas Carroll for your long life,
your less than a pocket full of gold, the dreams you held dear,
the kindness you spread and a Featherbed.
If not for you I would not be me.
Posted by Sue McPeak at 7:02 AM

MD Pittman 87 of Odessa passed away April 2, 2011 at Parks Methodist Retirement here in Odessa. He was born March 6, 1924 in Dona Anna, New Mexico to Chapel Columbus 'Chappo' and Effie Estella Carroll Pittman. Mr. Pittman was a Christian, who loved the Lord dearly serving him with all of his heart a true prayer warrior and a man of God.
Mr. Pittman was a proud US Army Airforce Veteran serving his country proudly during the WWII Era with tour duties to Germany, England and France eventually co… Read More ming back home only to re-enlist and touring to Japan, after his final Military Discharge.

Mr. Pittman was a very respectful oilfield industry truck driver for GQ Salmon and after more than 40 years of dedicated service he retired. He was a very proud family man with the knowledge in how to instill family values, but on the lighter side a jokester and a good prankster. 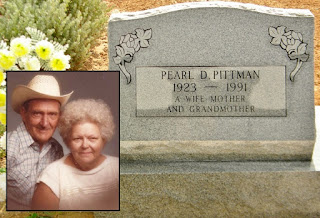 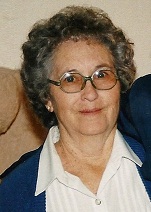